Welcome to the forum for MobiFlight! Feel free to reach out to the community in case you have questions, issues or just want to share great ideas or details about your latest home cockpit project.

You like MobiFlight? Donate via PayPal and support the MobiFlight development. Thanks!

Index > X-Plane 10, X-Plane 11 > Above and Below speed indicators for IAS/MACH display

I am building my home cockpit with Mobiflight to interface with Xplane 11/12. I am using MAX7219 for IAS/MACH field. It shows 3-digit speed this is OK but I could not manage to find how to represent the Blinking A (Overspeed) and B (underspeed). How can I implement this? I reserved a 3-digit for speed and one trailing digit for blinking A/B. But I could not find any dataref which I can get A/B or nothing.
Also, how can I blink a single digit? I was planning to use the brightness setting but it is for all the digits, not just one digit. Is it possible to represent an A with MAX 7219?
2022-09-09 14:18
Message #26463

Your request include 3 individual Problems.... So lets split them up!

1. Raw Data:
We need for sure a Indication that tell us what our Display have to show. Here every AddOn and Sim is different.
For example PMDG have own Offsets in FSUIPC for the Over and Underspeed Warning.
They are "0" if no warning is there and they can be "1" if the related warning is acitve.

In easy words.... At first you must know and find out a readable Data from your used Aircraft that tell is if a warning is active and if its Over or Underspeed. 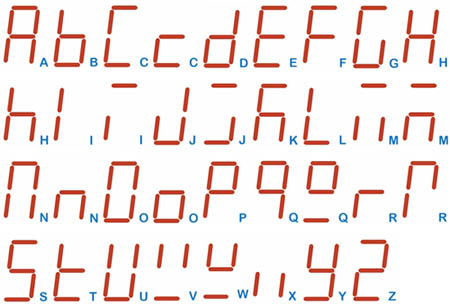 
3. Blinking
This is not a feature of MF till now ( we working on it and its planned for the next bigger release maybe)
BUT
Its still possible by using the "Sim time in Seconds" Variable as a indication.
You can read it with a output config and you use a formula like $%2 .... means this value now is 0-1-0-1-0-1 in a 1 second intervall.
So you can say IF Underspeed indication is ON then show the Timer Value ELSE show 0 ..... And in Compare you say If Value = 1 then "b" else "Space"
Means if underspeed is active it will show a "b" and a "empty space" in a 1 second intervall..... If underspeed is OFF it will show a space at all time.

NOTE: If Over and underspeed are splitted you must take care about double commands....
Use Preconditions to avoid both configs working same time OR include both in one Display configs....
So e.g. If Value = 0 show space, if value = 1 (Underspeed) show b Else (Valuie =2 for Overspeed) show A.

In the future you will have hopefully a more intuitive way to handle this !
Good Luck !

Supporter
For the B738, the datarefs you are looking for are as follows:

Both of these datarefs are integer values 1 for active and for inactive. The datarefs alternate to the flash rate of the MCP indication.

In the output configuration on the Compare tab, select "Apply comparison to modify the current value"
Then enter as follows in the parameters for Comparision Settings.
If current value is = 1
set it to 8
else set it to {space} Note: This is the actual space character

You can do some other things with the battery master switch, master light test, and display light test to allow the MCP to react exactly as the in-sim display does. Best to look though the posted on Mobiflight in Discord.

Thats the perfect way if this Offset/Dataref already include the blinking itself by alternate 0/1 in the correct speed sequence.

As i said above.... In case its a splitted Data source ( One Data for the 8 and another for the A) you can get in trouble in MF

Lets say You use 2 Configs for that.... And both are using the same Diggit (left one of SPD) then it come a conflict ...

Lets say we come to Overspeed .....
The Config for Underspeed(8) will show "0" at all time .... means its compare will say "show Space"
The Overspeed Config now like to show "A" and "space" in a sequence.
BUT
In the Moment it like to show the "A" same time the Underspeed still show a "space" .

Index > X-Plane 10, X-Plane 11 > Above and Below speed indicators for IAS/MACH display