Welcome to the forum for MobiFlight! Feel free to reach out to the community in case you have questions, issues or just want to share great ideas or details about your latest home cockpit project.

You like MobiFlight? Donate via PayPal and support the MobiFlight development. Thanks!

_Neil_
Posts: 5
Hi,
I'm trying to understand the settings for configuring a stepper motor wet compass.
Looking at this image ( 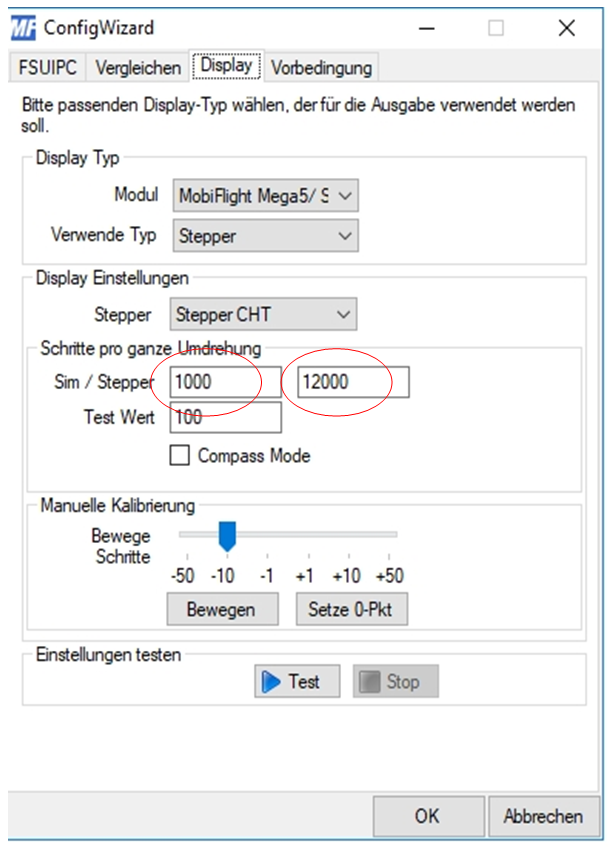 Am I doing something wrong here?


That sounds strange. Never see this before..... and technical this is not possible.
Do we talk about the SAME Compass or a Other Compass from the same brand ??
Technical one Thing can not work different on 2 computers..... But for sure 2 Compass that looks identical can have internal a different logic and work different !

1. Sim/Stepper means as you said the Value in Sim (Range) that occure in a Number of Stepps.
For a Compass we would normaly use e.g. 360 for SIM and the number of Steps that are need for a 360° Full Circle.